Captain Tom Evans is a former officer in the Welsh Guards as well as an ultra runner who shocked the athletics world when he came third in the Marathon des Sables becoming the highest-ranking Briton ever to take on the race.

“As a former officer in the Welsh Guards, I have seen the great work that Walking With The Wounded has done. The support provided by the charity goes such a long way and I am so proud to be an ambassador. I will be supporting the charity in the coming months and years as well as pursuing my ultra running.” 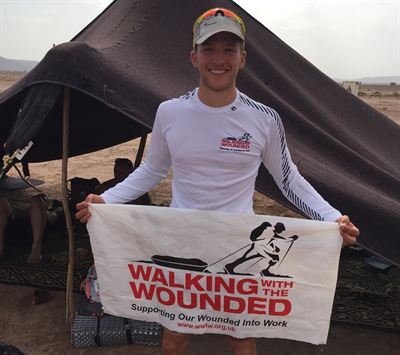 Walking with the Wounded offers support to veterans looking to get back into employment. We have supported many veterans into employment as can be seen in our case studies. Veterans charities like Help for heroes offer similar services.