London Marathon 2019 - What our runners had to say

London Marathon 2019 - What our runners had to say

Thank you to our amazing team of London Marathon runners, here is what they had to say about the experience.

On Sunday 28th April, a team of seven Walking With The Wounded fundraisers took on the 2019 London Marathon. They all put an amazing amount of work into fundraising for the charity whilst also training hard for the big day. As a team, they have raised almost £20,000 to support our vulnerable veterans back into independence. See what some of the team had to say about their London Marathon experiences below.

Everyone raised an amazing amount of money, but we would like to give a special mention to Gilly Nickols who raised an astonishing £11,450 for the charity, more than double her original target. ‘I know that the £11,450 I have raised will make a difference to some incredible and inspirational people and that’s what, for me, the London Marathon was all about,’ says Gilly. As part of her fundraising Gilly held two Gun Dog training days alongside two of her closest friends, you can read more about these here. Reflecting on her London Marathon experience, she has described it as ‘amazing, extraordinary, emotional, challenging, exciting and motivating.’ 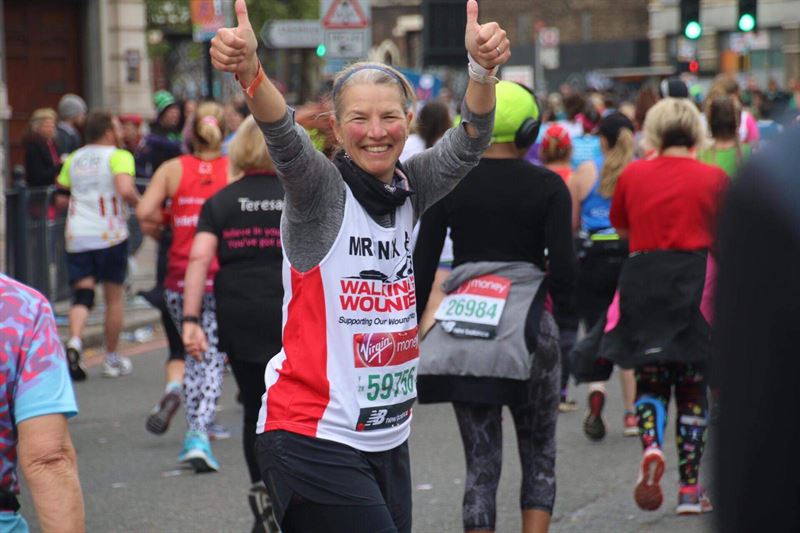 Tim Stone, an ex-royal marine, decided to run the marathon with crutches and a backpack to catch donations during the race had this to say: 'I have great memories of a great day. It was an amazing experience and the support for WWTW from the crowd was sensational , huge and inspirational.  Likewise the support in terms of sponsorship and donations has been “out of this world “ and meant a huge amount both during the weeks of training as well as on Marathon day itself. As well as raising funds for WWTW, by participating in the London Marathon, we have taken the opportunity to keep the profile of the charity at the forefront of the crowd who were supporting us as we ran round. Well done everyone. We nailed it.' 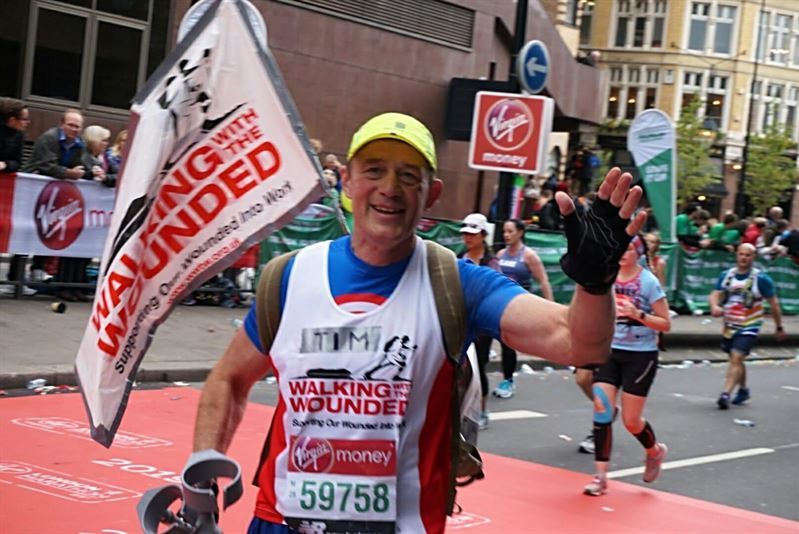 David has stated that he had ‘a fantastic day, overwhelmed by it all! Highlights for me were running around the Cutty Sark across Tower Bridge and seeing my kids.’ He has also described running for Walking With The Wounded as ‘an honour and pleasure.’

'I served in the Royal Engineers from 2005-2012 within the 33 Engineer Regiment and was part of the bomb disposal unit serving in both Iraq and Afghanistan. Upon leaving the forces, I secured a successful career within the renewable energy sector however, I realise that this is not always the case for veterans upon leaving. I have been fortunate enough to receive funding from WWTW this year and knew that I wanted to fundraise to help others, as they have me. Throughout my training, my mind was focussed on my final goal - to complete the marathon and raise as much as I could in the process. The day crept up quickly and the feeling on the morning of the marathon was surreal. It was amazing to see so many individuals completing such a massive challenge in order to help others. I had friends and family at various points along the route cheering me on and giving me the extra boost but the support from all spectators on the day was unreal, at tough points it, kept me going - even if they were shouting abuse at the Spurs tattoo on my leg! Crossing the finish line was so emotional, I couldn’t believe I had done it and the sense of achievement swept over me. I hope that the funds raised can go towards giving others in need the support they require to get them back fighting fit - both physically and mentally.' 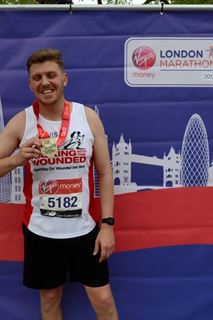 'From getting a confirmed place to run the London Marathon with Walking With The Wounded to now (a weeks after) the journey has been such an amazing one. The cause was well supported with generous donations from family, friends, colleagues and Service Veterans. Training was hard, and the London Marathon was AMAZING throughout with lots of cheers from the crowd who drive you on every mile. Once 'Hitting the Wall' my thoughts were with those that I am doing this journey for and this along with the support drove me on. Many thanks to Walking With The Wounded, my family and all those that donated.'

All of our runners finishing times are listed below.

BE PART OF OUR 10 YEAR ANNIVERSARY TEAM

If you feel inspired by our runners enter the ballot for next year's London Marathon and be part of our 2020 team. Entries close at 5pm on 3rd May 2019 so enter now while you can: https://www.virginmoneylondonmarathon.com/en-gb/how-to-enter/ballot-entry/

If you enter it, or if you've missed it, and are interested in fundraising for Walking With The Wounded please email sarah@wwtw.org.uk or call 01263 863 902.

Support, network with and hear from our Scottish beneficiaries and operations team in a spectacular setting