The majority of people who read this will not be taking part in Walking With The Wounded's annual Walking Home For Christmas campaign. Why? Because although it's free to sign up, it requires a bit more commitment, a bit more organisation and a bit more oomph to line up a few friends, ask for donations and step outside your door when it is wet and wild outside and you have a list of jobs to do before Christmas longer than your legs. We like being comfortable.

But those who do take part will be rewarded with a memorable experience which, at its heart, is so simple and powerful and taps into the true meaning of Christmas - a time of giving, a time of friends and family, and thinking of others who are not so comfortable.

Combine this with a splash of British adventure, of "stepping out your front door" in the words of Tolkien, and taking on the elements by doing something less expected, and you have a recipe for an unforgettable time with friends or colleagues while changing lives.

The majority of ex-military transition without issue but for a significant minority it can be difficult - and Christmas is no fun if you are homeless, alone, struggling with mental health issues or unable to provide for yourself and your family.

The event began on the back of a napkin back in 2013, the brainchild of Jimmy Hibbert and Andrew Cook and it has now raised more than £1m in donations to support those who served get back into work and independence. The ambition, and potential, is for it to become an event that generates £1m a year. We have work to do on that front but if the 8,000+ organisations and individuals who have previously taken part invite their networks to take part in 2020, WWTW's 10th Anniversary Year, then the impact could be extraordinary.

Jimmy is still walking, again this year mustering a group of 20+ friends near where he lives who work in London to get off the train early in Whitchurch and walk to Overton. Everyone chips in, a handsome sum is raised for the cause and all enjoy a meetup that is now entrenched in their festive diaries.

The beauty of the campaign has been two-fold:

Past walks have included carrying fridges and Christmas trees, walking to old Barracks with former colleagues, sleeping rough on long journeys to up the ante and walking en masse with colleagues. From this year's walks alone there is a further flurry of ideas, mostly driven by personal stories: 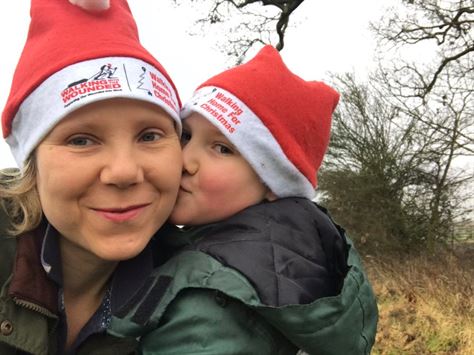 Military units and companies are also getting involved, with the Regimental HQ of the Royal Yeomanry walking 100 miles to their tactical HQ, Tim Winter and colleagues walking 35 miles from the Chapel of Rest, RAF Lyneham, to the Repatriation Memorial Garden, RAF Brize Norton, "thereby raising money for veterans today while remembering with thanks those who gave up all their tomorrows" and Wilkin Chapman organising walks from every office among the many walks on the team leaderboard including companies such as FDM, Stanfords, Tesco and TSB.

The real story though is the impact on the ex-servicemen and women we can support thanks to your effort - personified in Dean Aslett's story. He is doing a virtual run and ride from Braintree to Vimmy Barracks in Catterick to give back to WWTW after he received support. The ripple effect of him stepping forward, getting help and then giving back is significant.

Last Thursday WWTW's Manchester team held their annual walk from the War Memorial in the city centre back to Canada St (our NW HQ built by the brilliant team and volunteers of #DIYSOS) with key supporters, partners and beneficiaries.

One beneficiary turned up unexpectedly to join in the walk. He was nervous and later reported he'd panicked when he couldn't see our brilliant support care coordinator Jill in the crowd and nearly left. Thankfully he didn't and he joined the walk, he spoke to people he didn't know and looked happy and relaxed. She met him the next day at an appointment and he said the walk was one of the best times he has had in a long while and when could we do it again.

So, if you are hovering over the sign up button, or have a pack but you’re yet to action it. Think. Do I want a memorable adventure with friends, or a solo challenge that my network will cheer and champion? It's not about the miles; it's about being brave enough to step out that front door while others are tucked up warm.

Your impact can be to ensure that for veterans like Brendan, Christmas is 'not just another day'.

There are many reasons why people can't take part, and for them we ask simply for a donation, because however squeezed we feel in the countdown to Christmas there are too many others who would be thrilled to have the 'problems' that we have such as actioning a list of Christmassy chores as long as our leg. And, those individuals have most likely walked in far more dangerous conditions for us. 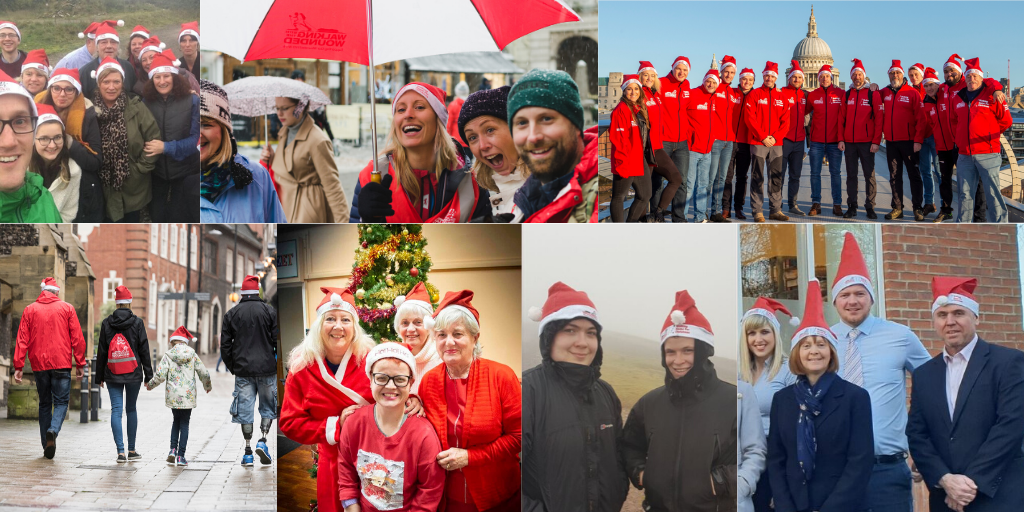