Veteran, Paul Harris, is currently raising money for WWTW by completing his final 44 Munros in Scotland.

After suffering from a severe episode, this winter, of PTSD from operational service with the British Army. Veteran, Paul Harris, wanted to do something constructive with his time which for him is finishing off his Munro’s in Scotland which is a project he started a long time ago.

A Munro is a mountain in that measures over 3,000ft. There are 282 Munros in Scotland, and Paul is completing the final 44 to raise money for WWTW. 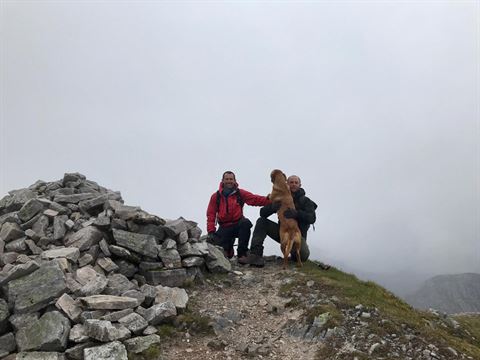 He started his challenge on 26th July, going all the way through to the central highlands, onto Glencoe, then the Great Glen and he will be finishing in the North West near Ullapool. Paul has been accompanied on his travels by his dog, Munro, a fox red Labrador.

Paul is also representing The Jacobite Mountaineering Club from Edinburgh.

Inspired by Paul’s story? You can support his Munro walk here