With just over 2 months to go until the Grenadier Walk of Oman gets underway, the team have welcomed a new member to the Expedition- Ben Gallagher.

Having served in the Royal Signals since 2005, Ben is currently awaiting medical discharge from the Armed Forces. He will replace Ash Winter who has had to step back from the core walking group due to an injury. 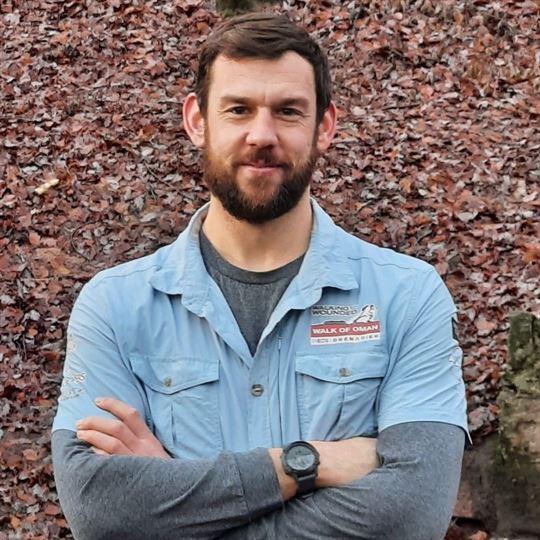 Ben commented, “Walking With The Wounded amongst many other amazing organisations as well as friends and family have helped towards making my transition from a life in the military to a life on civvy street much easier. I still have difficulties thinking how I will move on and what I will find myself doing next, but I’m hopeful about my future. The Grenadier Walk of Oman is something I’m really looking forward to being part of.”

Starting on February 18th 2021 and ending on March 9th 2021, The Grenadier Walk of Oman will take four ex-military personnel and two members still currently serving to the hostile environment of the Omani desert. The trek is set to see the team tackle one of their toughest challenges yet, as they pull a 100kg cart across the Omani desert. Serving members of the Omani Armed Forces will also be part of the team.

Ash added, “I am gutted that due to an injury, I won’t be able to walk alongside the core Expedition team out in Oman. Since being selected for the Expedition in July 2020, I’ve really enjoyed training alongside Ben, Dave, Andy, Brian and Sean, we have become a really close group of friends. However, I am delighted that I’ve been asked to join the Expedition as part of the support team and I can still cheer the guys on as they walk through the desert. This is an incredible opportunity for Ben Gallagher and I wish him all the best.”