The money raised from our Walking Home For Christmas campaign is set to pass £250,000 thanks to the phenomenal walks that have been taking place across the country for the cause - and the fantastic fundraising by YESSS Electrical staff and customers.

YESSS  Electrical is an official supporting partner of the #WalkingHomeForChristmas campaign this year and has been selling Santa hats at its stores across the UK as well as running photo competitions.

Simply email entries to: competition@yesss.co.uk with the subject line: WHFC competition. Terms and conditions apply, ask in branch for details.

“All our 104 Branch Teams have embraced and supported the Walking Home For Christmas campaign for Walking With The Wounded," said Mark Nolan, General Manager, Northern Area, for YESSS Electrical.

"The Branches have heavily promoted the charity and been very active in selling the Santa hats during December and during their 'YESSMAS' Christmas Customer Event Days and evenings.

"As always we are very proud of the efforts our Branch Teams and Head Office have put  into raising money and awareness for this great charity.” 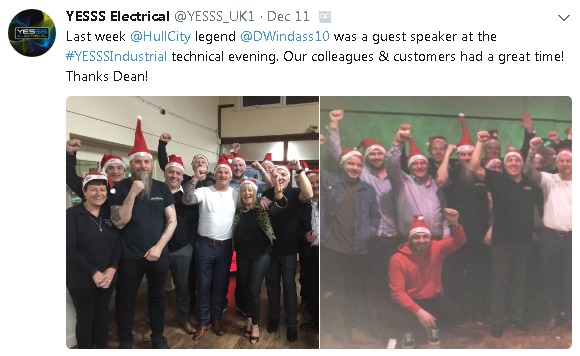 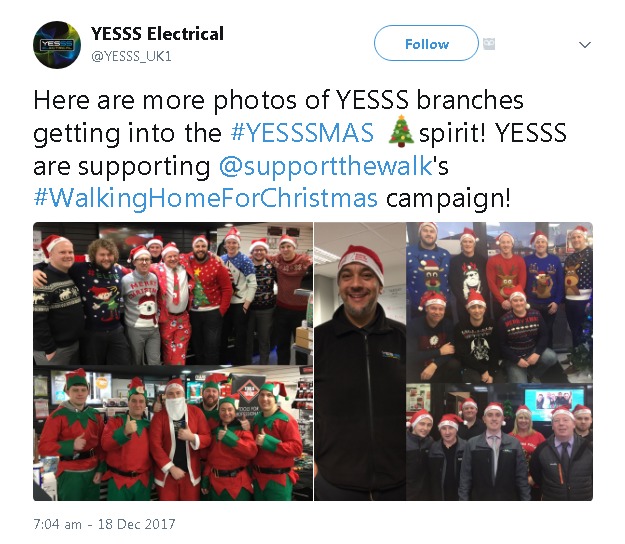 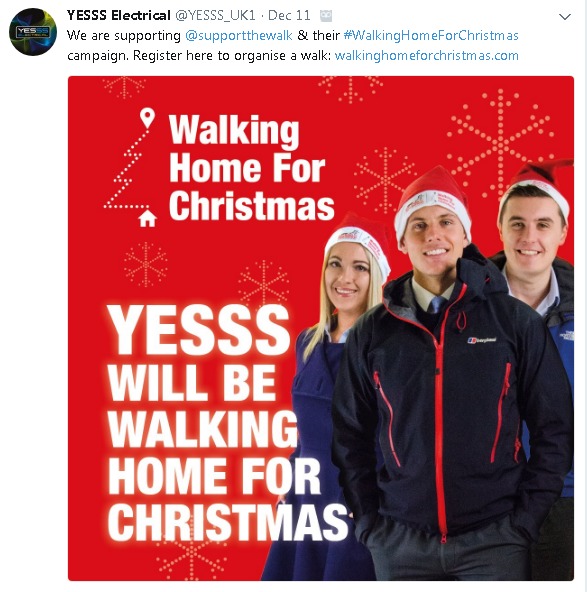 The senior team from YESSS also took part in our Manchester walk from the cenotaph to our North West hub on Canada Street, built by BBC DIY SOS, which saw a record number of walkers take part, including #GetOutside ambassador Sean Conway, and a performance in the Canada Street office by Jamie Lawson of his charity single 'Footsteps in the Snow'. 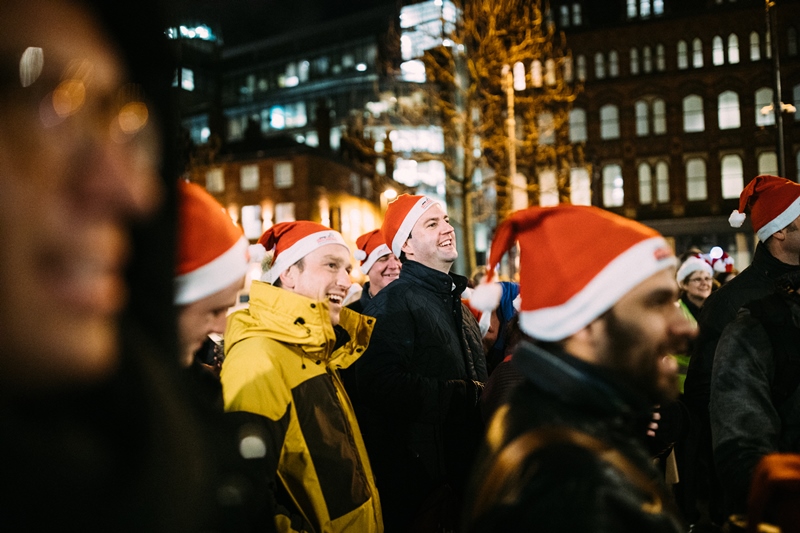 Thank you to everyone who has supported #WalkingHomeForChristmas and Walking With The Wounded this year.