Three teams of wounded servicemen and women embarked upon on one of the most high profile expeditions of modern times, a gruelling race across 3° to the Geographic South Pole.

The teams consisted of Team Commonwealth (Team Solider On), Team US (Team Noom Coach), and Team UK (Team Glenfiddich), who were joined by Expedition Patron, Prince Harry. They each represented and raised funds for military charities from their constituent nations: Soldier On (Canada), Soldier On (Australia), Soldier to Summits (US), and Walking With The Wounded (UK).

The three seven-man teams each consisted of four wounded team members – began their trek to the South Pole on 30th November.

The distance was divided into managed stages and checkpoints with each team having an experienced polar guide and nominated mentor. Due to the hostile conditions and the nature of the injuries involved, the expedition teams were followed by a support team, who were on hand in case of emergencies.

The teams trekked around 15km to 20km per day, enduring temperatures as low as -45Â°C and 50mph winds as they pulled their pulks (custom built arctic sledges), each weighing in excess of 70kg, towards the southernmost point on the globe.

Completing a total distance of 335km across the Antarctic Plateau, they reached the geographic South Pole in mid-December 2013.

The title sponsor of the expedition was Glenfiddich from which the UK team took their name. The expedition was also partnered by Arqiva as communications partner. Other sponsors included Helly Hansen, Catlin, USO (sponsoring the US Team), and Talis (sponsoring Commonwealth Team). 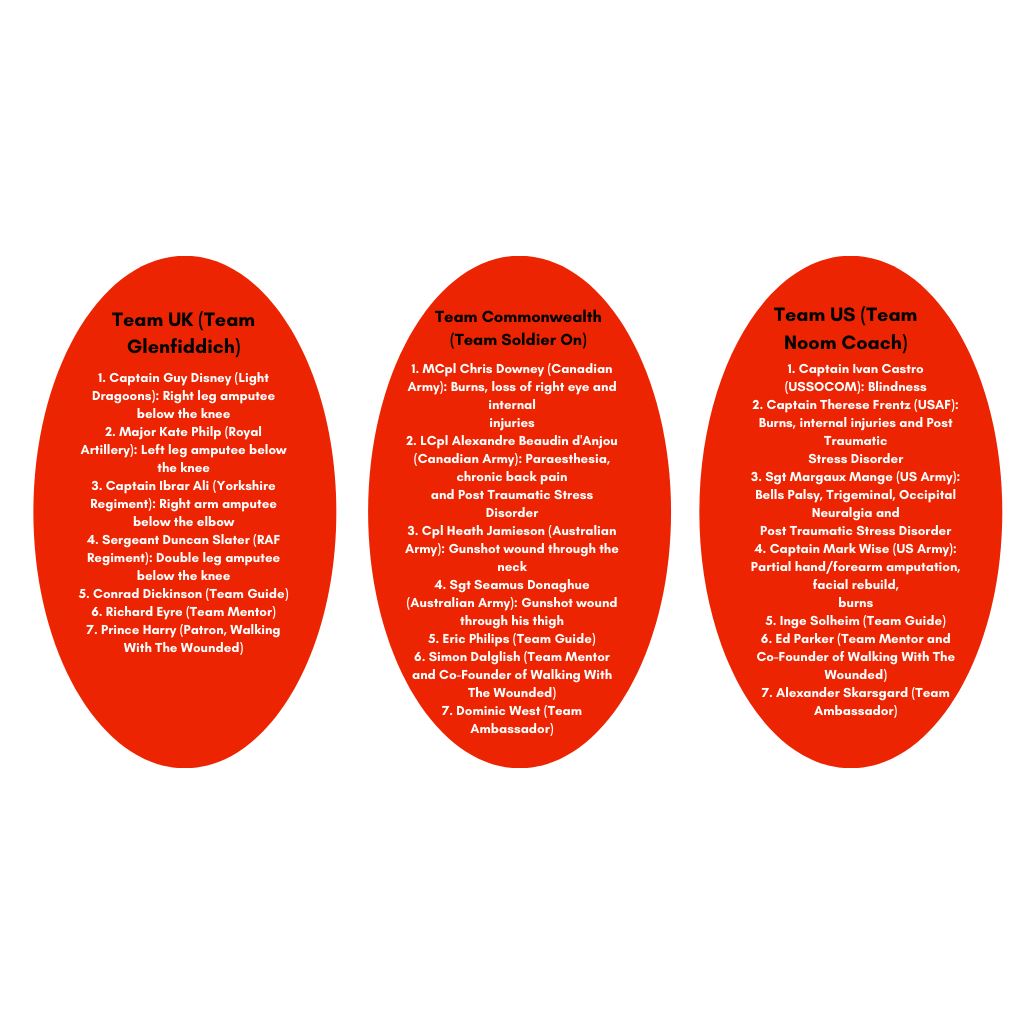